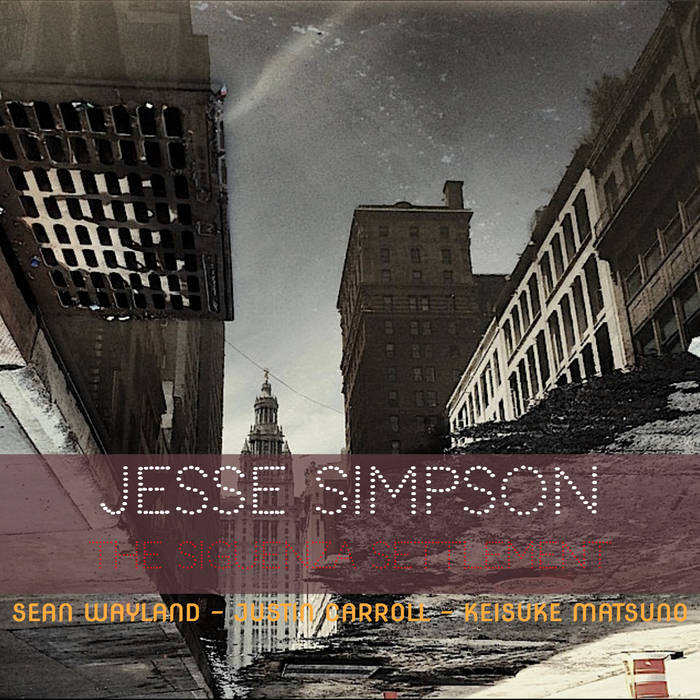 'The Siguenza Settlement' is the byproduct of the Larry Ochs/Wynton Marsalis standoff from the FESTIVAL INTERNACIONAL JAZZ SIGÜENZA which took place in December 2009.
A disgruntled purist Jazz fan demanded a refund when he heard Larry Ochs' 'Drumming Core' band, a group similarly bass-less to the one heard on this album. He said that the concert contained no actual Jazz and that the result was bad for his health. When the festival organizers told him that he should have known what the music was before buying a ticket, he took his complaints to the local police. They arrived at the concert with the conclusion that, amazingly, it did not contain the music known as Jazz and that the man should get a full refund.
This resulted in The Guardian writing about the encounter, which caught the attention of Wynton Marsalis. In the words of Marsalis' representative, 'He would like to send this 'fan' a letter of gratitude and a package including most of his catalogue.'
This fundamental difference of opinion over the infamous J word brought the inspiration for this album, 'THE SIGUENZA SETTLEMENT'- a collection of group improvisations.

Dedicated to Wynton Marsalis
Made possible through charitable gifts from the Peter Sheridan fund.

Bandcamp Daily  your guide to the world of Bandcamp